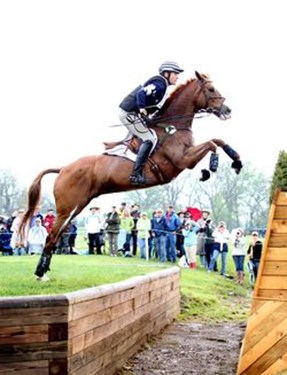 Boyd Martin is one of the leading international event riders of today, having enjoyed international competitive success at every four-star in the world: Adelaide (Australia), Kentucky CCI4* (USA), Pau CCI4* (France), Burghley CIC4* (England) and Luhmuehlen CCI4* (Germany). Boyd has also represented the US at two Olympic Games, three World Equestrian Games and two Pan-Am Games. He has consistently been in the top 10 world rankings since leaving Australia in 2007 and has been on every US Championship team since changing his citizenship in 2010.

In 2019 Boyd was a member of the gold medal-winning US Eventing Team at the Pan Am Games in Lima, Peru riding Christine Turner’s Tsetserleg, and won individual gold. He and Tsetserleg were also the US National Champions and placed second overall at the Land Rover Kentucky Three-Day Event. He and Ray Price won the CCI4*-L at Bromont (Canada), and with Long Island T he won the Advanced Championship at the American Eventing Championship. Tsetserleg was the 2019 US Eventing Association Horse of the Year and was nominated for the USEF Horse of the Year. Boyd was named the 2019 USEA Rider of the Year and Chronicle of the Horse Eventing Horseman of the Year. His assistant rider, Mike Pendleton, was the Prelim Rider of the Year.

Today Boyd and his wife Silva, a Grand Prix dressage rider, own and operate their farm Windurra, USA in Cochranville, PA. Facilities include jumping, dressage arenas and a gallop track with all-weather footing. During the winter Boyd and Silva are based in Aiken, SC and Silva also travels to Wellington, FL to train and compete.

Full payment for your clinic spot must be made by December 1 in order to have a ride time reserved.
NO Refunds, unless your spot can be filled from a waiting list - less $25.00 office fee